We visited the world’s largest salt flat – Salar de Uyuni a few days ago before making a big push toward the Argentinian border.

A Brazilian girl dances for her boyfriend’s camera on the Salar de Uyuni. Tourists usually bring props to play with the strange perspective the salt flat creates so I found this especially ethereal. Photo: Alex Washburn

Driving through the Salar de Uyuni is a strange experience. White hard packed salt stretches for miles in every direction and the local guides navigate across the expanse of nothingness using the surrounding mountains as navigational markers. Once we got out onto the salt flat we were glad we hadn’t driven out there alone. Photo: Alex Washburn

Nathaniel decided before we had made it out onto the Salar de Uyuni that he wanted a photo for instagram of himself standing out in the middle of the salt flat ‘sin ropa’. The other people in our SUV thought this was hysterical. Nathaniel was the only person in our car of 8 who did not speak Spanish so this was his bonding moment with the others. Photo: Alex Washburn

There are two ‘islands’ on the Salar de Uyuni. We paid our 30 Bolivianos to walk around the Isla Incahuasi and the desert flora made a strange contrast to the smooth expanse of white surrounding it. Photo: Alex Washburn

If you visit the Salar de Uyuni I would suggest bringing a flag to add to the collection near the buildings where most of the tours stop for lunch. The fluttering colors are gorgeous against the the duo-chromatic surroundings. Photo: Alex Washburn 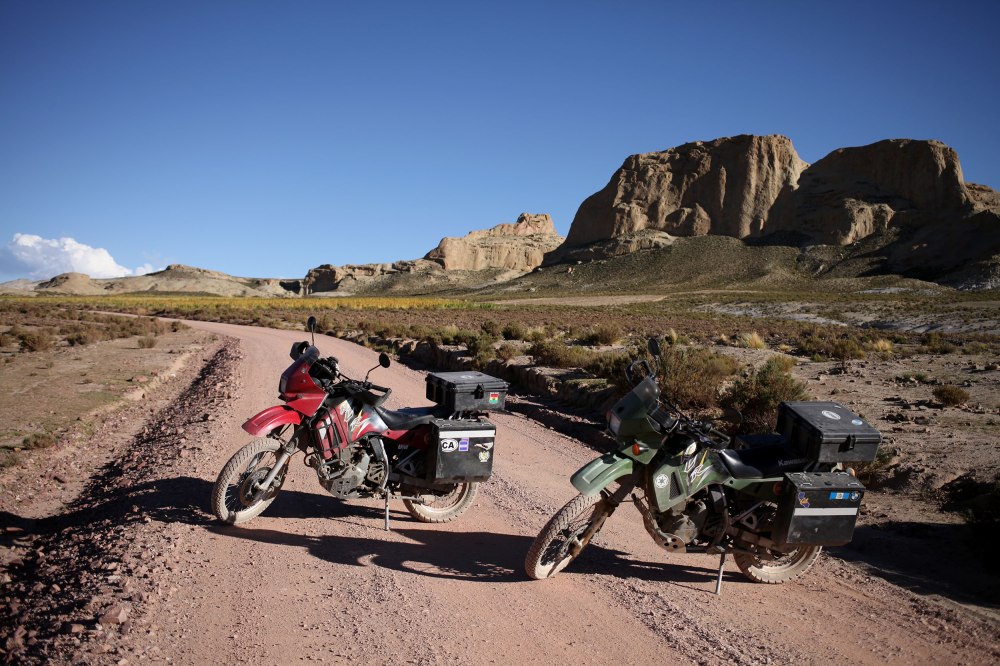 After touring the Salar de Uyuni we were ready to pack up and head south once again. Here is a photo from the road between Uyuni and Tupiza which will be covered in depth in the next blog. Photo: Alex Washburn