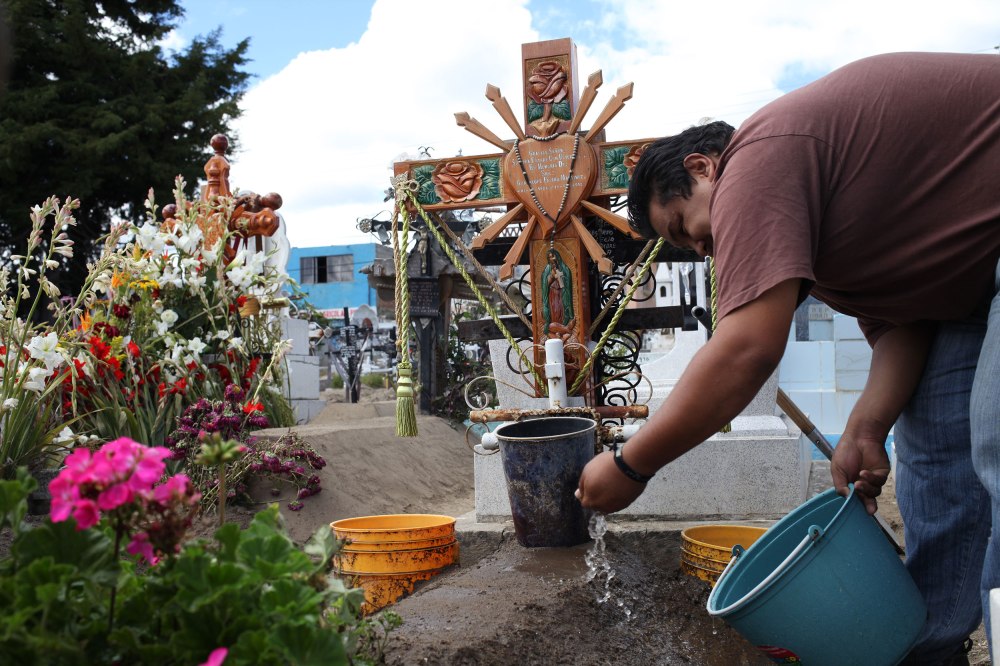 What kept me motivated in the 11 hour ride from Guadalajara to Huamantla was that I knew once we arrived we’d have nothing to worry about. We’d be able to roll the motorcycles into a locked patio, a comfy full size bed heaped with blankets would be ready for us and my Aunt Sylvia would feed us something hot and delicious before we crawled into it.

These expectations were fully met when we rolled into town an hour or so after dark and after parking our motorcycles we were whisked off to my Uncle Andres and Aunty Sylvia’s home to be fed and make plans for the few days we would be in town. 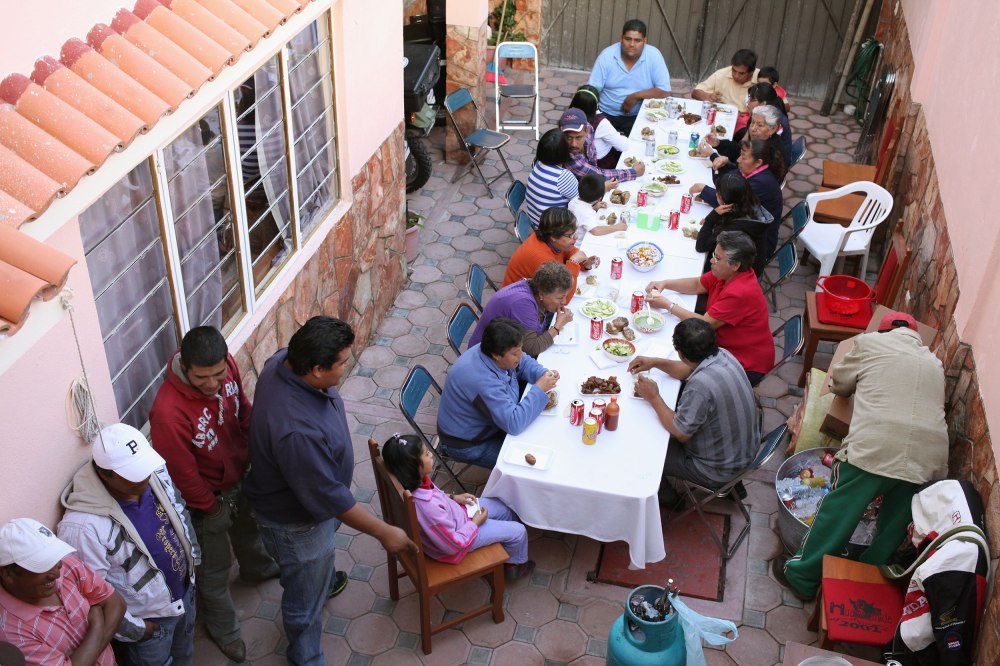 The first rounds of gets sits down to plates of carnitas at a Huichan family party. Photo: Alex Washburn

My Mom was really awesome to organize a pig feed for the family (with help from my cousin Cesar) and so the next day and half was spent doing little errands around town preparing for it.The biggest errand however was picking up the pig and having it butchered 24 hours before the party. (Nathaniel declined to watch the slaughter of the pig.)

As the time for the party approached on Tuesday things got busy around the house and then relatives started to trickle in… and they kept coming for hours. I think Nathaniel had to say ‘Mucho Gusto’ at least 100 times so it’s a good thing I made it one of the phrases he learned before we left California.

By the end of the night the 103 lb. pig was more or less gone and most people left in some state of dizzying food coma brought on by copious amounts of fried pork, tortillas, candy, rice, refrescos and beer.

During the party several of my relatives asked to take photos with Nathaniel (and by relatives I mean young females). I thought it was hilarious and Nathaniel fully embraced his role at the family gathering as ‘el güerro’. 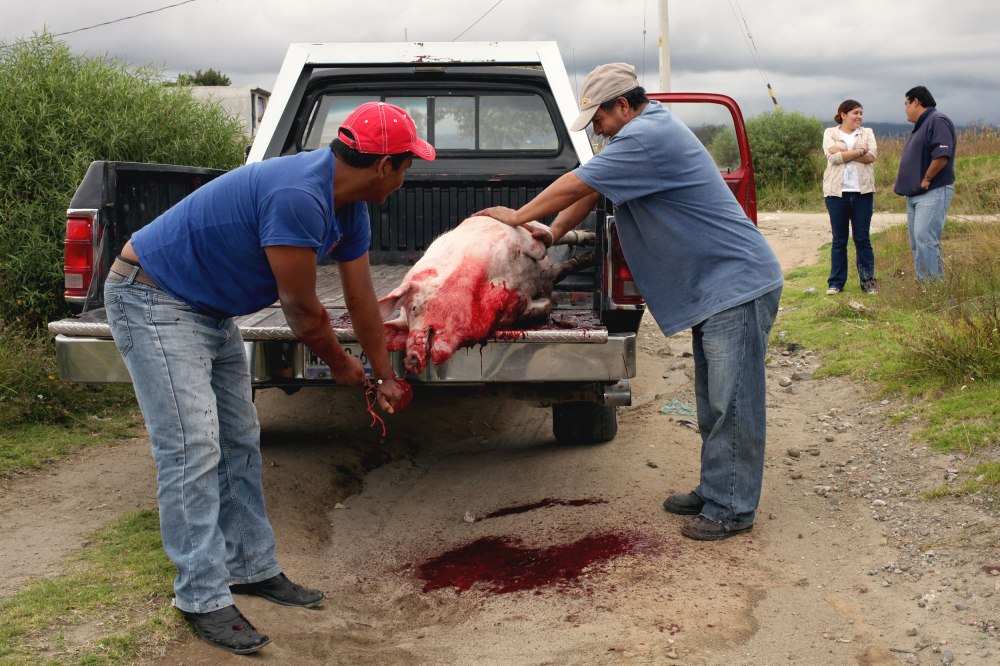 To disturb the neighbors as little as possible the butchers decided to kill the pig in a field a few blocks from the house. Photo: Alex Washburn

My Spanish got the biggest work out of the trip (even tougher than dealing with immigration) as a bro-mance began to form between Cesar and Nathaniel. They used me to make jokes at each other back and forth for days and I told them I was glad they couldn’t directly talk to each other because then we would all be in trouble.

After a few days of puttering around Huamantla and visiting my Grandmother’s grave we finally had to leave yesterday morning and push onward (to Oaxaca). In true Mexican fashion we had a contingent of people saying goodbye to us at 7:30 in the morning and a car carrying my Mom, Cesar, Uncle Andres and other cousin Mavy drove with us for the first 10 miles and said goodbye to us on the edge of the carretera.

Although we did a lot of family stuff I was really glad Nathaniel got to experience Huamantla and meet all the people he’s heard me talk so much about. It was fun yet exhausting and now we are looking forward to some low key adventures surrounding day of the dead.

For all you motorcyclists out there – the drive from Puebla to Oaxaca city is about 5 hours long and the last 2-3 hours are gorgeous well paved and wide mountain roads.

***Note: Nathaniel would like me to add a footnote that he does not agree with me using the photo of the pig slaughter in this post and he is afraid of it offending our viewership.